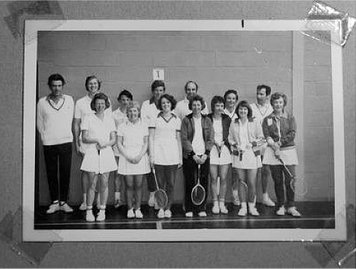 Clevedon Feathers was formed in 1972 as a direct result of daily coaching sessions for local ladies at the old Youth Club in Chapel Hill (now long gone), their enthusiasm transferred to many of the husbands and mixed doubles was added to the Ladies doubles coaching.

Two clubs emerged - Swiss Valley (no longer playing), and the other Clevedon Feathers.

The club moved to Clevedon School and matches were shared between the school and YM Hall in Marson Road.

Later St Brandons became the venue, but since closing returned to Clevedon School Sports Centre as it known today and play on Monday 8-10pm with home matches on Friday nights.

Feathers first entered a team in Division 9 of the North Somerset Badminton League in 1975 winning all their matches, and gaining yearly promotion to Div 4 where it 'paused' before settling in Div 3 for several seasons. 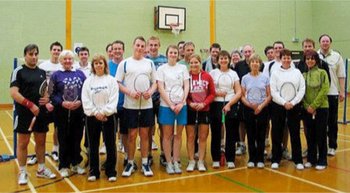 The late 80's were spent in the top half of Div 2 before breaking through to Div 1 in 1989 and becoming Champions in the mid 90's.