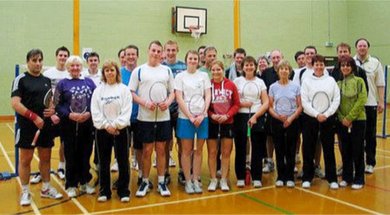 Welcome to the Clevedon Feathers web site.  We originally formed in 1972 and celebrated our 40th Birthday in March 2012. We are one of the few clubs that play all year round, during the summer too.

We welcome new members who will hopefully help us celebrate the next 40 years.  After starting in Division 9 of the North Somerset Badminton League in 1975, a series of promotions eventually took the Feathers to Division 1 and they won the title during the 1990s.

For this coming season (2017/18) we will have the following teams playing in the local leagues:-

We are affliated with Badminton England and the Avon Badminton Association.

We hope you will find everything you need to know about us here but if you can’t find, please contact us and we will do our best to help.

See all the latest news and events  by joining us on Facebook.

Please note our club does not have a junior league although we do accept junior members.